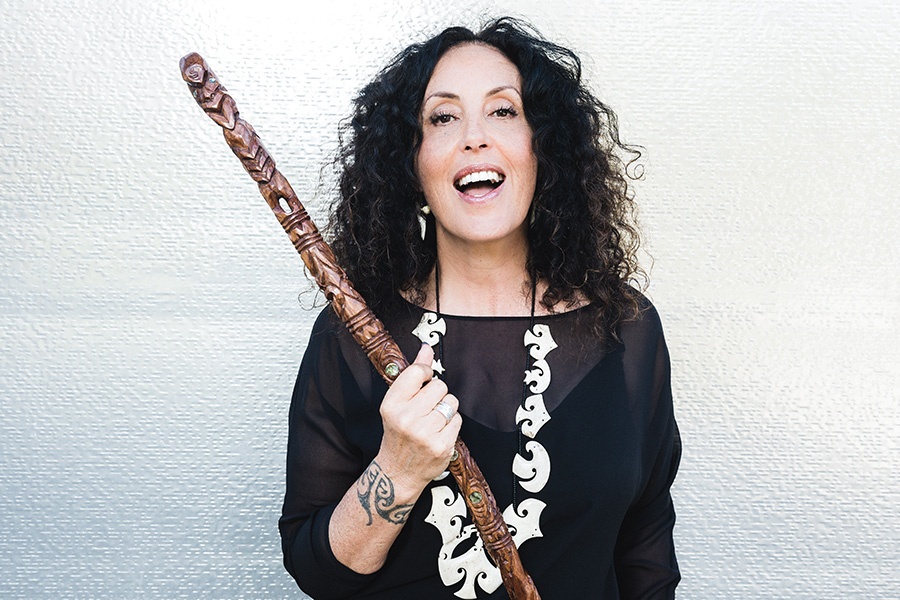 Beloved singer-songwriter Moana Maniapoto is joined by her sister Trina, Pitch Black’s Paddy Free and ace guitarist Cadzow Cossar for a heartfelt musical and narrative tribute to the ocean and Aotearoa.

My Name is Moana is an uplifting and humour-filled show celebrating our relationship to the ocean – and with each other as New Zealanders – through an intoxicating mix of music, myth and personal anecdote. Songs from Moana & The Moahunters’ iconic album Tahi will feature proudly in this latest revival of the popular tour, as will garage party classics and those inspirational songs which have taken Moana & The Tribe around the world.

“An evening of stories, harmonies and entertainment, but with a message: look after your country and your living rivers and oceans. Entertainment at its best.” — Geraldine News

Taking place annually every March, the Auckland Arts Festival is a globally recognized event that celebrates people and culture, and showcases the unrivalled location, cultural diversity and vibrant energy of New Zealand’s largest city.
The festival programme, a non-stop showcase of New Zealand and international arts, spans theatre, dance, music and visual arts – ranging from the most gloriously classical to the very edge of contemporary. Add to this the many free and family-friendly events; there is most certainly something for everyone.
Shows already announced in the Auckland Arts Festival 2017 include Raiders of the Lost Ark Film with Orchestra, a screening of the original Indiana Jones film with the score performed live by the Auckland Philharmonia Orchestra, and Eli Kent’s Peer Gynt [recycled], a new New Zealand play, presented in association with Auckland Theatre Company.

Visit aaf.co.nz for the full programme.

The popular Auckland Arts Festival Garden at Aotea Square, which is home to the famous Spiegeltent, is open throughout the Festival, from early afternoon until the last show finishes. The Festival Garden is a vibrant hub at the heart of the city where visitors can enjoy food and refreshments, visual artworks, free performances and fun for the whole family.
Auckland Arts Festival receives core funding from Auckland Council and Creative New Zealand.